The following information relates to CBRN-Analysis and the SCIM module

Please be informed on the following:

Please be advised of the following:

The proposed 3D Mapping in CBRN-Analysis v.22 and onwards will require:

The current intent is that CBRN-Analysis v.23 and onwards will be supported on Windows 10, but only on the 64-bit OS version.  Bruhn NewTech products will not be compatible with the Windows 10, 32-bit Operating System.

We take full advantage of an increasingly mobile and interconnected world to protect what matters most: people.

We're not around right now. But you can send us an email and we'll get back to you, asap. 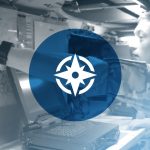